Part I here   A short session, and missing Wit. The party wakes up in the bunkhouse and splits up to conduct their own business. Mold breaks bread with a prospector, a lean mage from the mainland with a civet for her familiar, wilting in the heat. They speak of the crocodile cult - the prospector tells Mold that the locals would consider such a thing to be blasphemous, if it exists. Eve goes into town and meets Bavu wa Bavu, a weaver fresh from the ecstatic throes of creation. The two have tea and Bavu probes Eve about her experience as an adventurer and killer. Then Bavu offers a proposition: she wants to kill Sati wa Sati, who murdered her father with the evil eye. If Eve will accomplish Bavu’s revenge, Bavu will reward her with the just-finished magic tapestry. Eve doesn’t believe the evil eye story and says she’ll think about the deal. Strawberry strikes up a conversation with a woodworm infesting the sodden timber of the bunkhouse. He is a simple, pious
Post a Comment
Read more

Lorn Song of the Bachelor AP - Part I This is a report from my first session running Zedeck Siew's excellent adventure Lorn Song of the Bachelor .  I will not recount the premise here; you can find that at the link.  Spoilers below, obviously. Setup We are using Black Hack 2e.  I offered the players the chance to port over their characters from our Deep Carbon Observatory 2e playtest.  They all took me up on it.  The characters are on a quest to reach one of the things they saw through the telescope at the bottom of the observatory: an afterlife that takes the form of a city of the dead ceaselessly climbing a vast cliff face deep beneath the earth. Dramatis personae Mold Metcash, cleric of Lodite, god of obscurity.  As part of Mold’s priestly initiation, he became ritually lost.  But he became far more lost than the typical initiate, and is no longer sure that he is even on the same plane as his home.  This may mean that Mold has been chosen for great things by Lodite. Mold, however, has no intention of
1 comment
Read more

Zinequest Retrospective: A Rasp of Sand 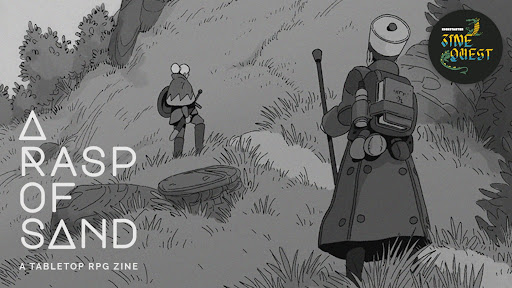 A Rasp of Sand , by David Cox The Pitch: A rogue-like OSR module where each player controls a family, sending an adventurer into a procedurally-generated dungeon once per generation. Why I backed: I love the idea of generational play, and I’ve never seen it in a OSR game before. Pretty art. How it works: the zine uses Ben Milton’s Knave OSR ruleset. What I received: A DTRPG printed volume with a B&W cover. Although perfect bound, the spine is just green and doesn’t have name or author. Sigh. What I thought: There’s a lot to like here. Aesthetically, it’s quite lovely, with a whimsical art style and an overall mood that evokes Zelda. The premise reverses the usual dungeon delving story - the protagonists’ ancestors stole a crown from their goddess, and to calm her anger they must return it to her at the bottom of her dungeon.  The rogue-lite gameplay is accomplished through several clever conceits and mechanics. The PC families send a party of heirs once pe
Post a Comment
Read more 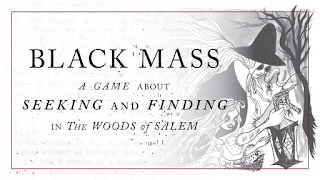 Black Mass , by Will Jobst The pitch : A tarot-based game for four to eight players about two girls leaving Salem to seek a black mass in the woods. Why I backed : Creepy cool aesthetic, plus I’m a sucker for tarot RPG stuff. What I received : A zine with a beautiful cover whose typography and layout evoke old pamphlets. Lovely creepy illustrations on front and back. Inside there are a few more illustrations, along with a bunch of photography that looks good in the pdf but is somehow less effective in print. The cover is slightly bigger than the pages inside in a way that makes it oddly uncomfortable to hold and flip through. It came with two tarot-sized cards with illustrations of the protagonists. Very cool. There is also some ambient music that goes with the game, but I haven’t listened to it. How it works : The players share control of the two protagonists. Each player gets one “persona” for each girl - essentially an aspect of her personality that can come to th
Post a Comment
Read more 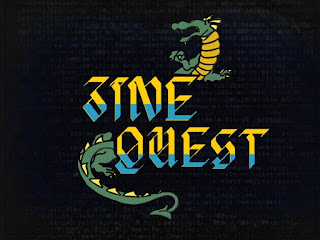 Last February, Kickstarter launched Zinequest, an initiative to encourage RPG designers to publish short zines. I backed enthusiastically. Too enthusiastically. I have been backing RPGs on kickstarter for more than a decade. In the beginning, it was easy to back everything that appealed to me. Gradually that number crept up. Zinequest was something of a wakeup call that I needed to impose much stricter criteria on what I backed, because there’s just so much interesting stuff coming out that I can’t possible get it all. Now, one year on, I think it’s time for a retrospective on my Zinequesting. I am going to do a status update on every Zinequest kickstarter that I backed. For those that delivered, I will read them, though I do not promise to run or play them. And I will write a short review using the following format: The pitch:  Why I backed:   What I received:   How it works:   What I thought:   What I’m going to do with it: I haven't seen much written
Post a Comment
Read more